Tritonic enhanced his Triumph Hurdle claims in no uncertain fashion when running out the stunning winner of the Grade 2 Adonis Juvenile Hurdle at Kempton. The Alan King four-year-old, who was a smart performer on the level, was sent off the 5/6 favourite having created a good impression when making a winning debut over the obstacles when getting up close home to beat Casa Loupi by a length.

He confirmed the form with Gary Moore’s charge, but this time the winning margin between the pair was 10 lengths. Tritonic was always travelling strongly on the heels of the leaders under Adrian Heskin and after a mistake at the second last took up the running approaching the final flight. When then asked to put the race to bed on the run-in he quickened clear under a hands and heels ride to win with any amount in hand.

I thought it was an awesome display which oozed class and one which marked him out as the main hope for the home team in the Triumph Hurdle at the Cheltenham Festival on Friday, March 19. He is now the 7/2 second favourite from 8s with Paddy Power for the 2m juvenile contest. Gordon Elliott’s Zanahiyr heads the betting at 5/2 with bet365.[/et_pb_text][/et_pb_column][/et_pb_row][et_pb_row _builder_version=”3.25″][et_pb_column type=”4_4″ _builder_version=”3.25″ custom_padding=”|||” custom_padding__hover=”|||”][et_pb_text _builder_version=”4.5.3″ hover_enabled=”0″] 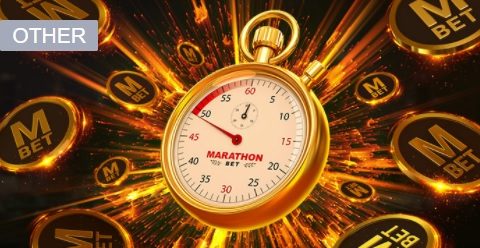 Marathonbet Cash Out
Take control of your betting with Marathonbet’s Cash Out feature that gives you the opportunity to settle certain bets before the market has closed. 18+, T&Cs apply.
Go To The Deal

Marathonbet Bore Draw
Bet on the correct score in a football match. If the final score is 0:0, your stake will be refunded up to £30 as a Free Bet. To take part, customers must “order” and receive the item “Bore Draw” from the bonus catalogue. 18+, T&Cs apply.
Go To The Deal

Marathonbet Acca Insurance
If only one outcome in your accumulator that has at least 5 selections (min. 1.50 odds for every selection) is predicted without success, Marathonbet will return your stake as a Free Bet up to £30. To take part, customers must “order” and receive the item “Acca Insurance” from the bonus catalogue. 18+, T&Cs apply.
Go To The Deal

Marathonbet Club
Join the Marathonbet Loyalty Program and take advantage of all the benefits of the bonus catalogue in exchange for all points accumulated from your bets! Sports bets count towards the loyalty program as soon as you enroll. Based on the bets you make, you will be awarded loyalty points. Loyalty points can advance you up levels for higher perks and can also be used to obtain items like free bets, the chance to take part in special campaigns, and so on. 18+, T&Cs apply.
Go To The Deal

Marathonbet – Deposit £20 Earn a £20 Free Bet
New Customer Offer – Open to new accounts only. Deposit £20 and turnover your deposit five (5) times on the Sportsbook – trebles and accumulators (with three or more selections only), minimum odds each selection 1/2 (1.50) – and you’ll receive a £20 Free Bet. Additional deposits may be required in order to fulfil the turnover conditions, which must be met within 90 days of depositing. Bets placed using Free Bets or Bonus funds, or bets that have been Cashed Out or Edited, do not count towards turnover requirements. The Free Bet will expire seven days after being credited and can only be placed as a win only single bet on the Sportsbook. Free Bet stake not included in returns.
Go To The Deal

“I wouldn’t swap him for anything” – King

The winning handler said: “We wanted to get a bit more experience into him for Cheltenham. Once or twice he goes to sleep, but as soon as Adrian gives him a squeeze, he is straight back on the bridle. I could not have been more pleased with him. We gave him a proper holiday at the end of last Flat season – he was gelded and had six weeks in the field. He was only just ready to start at Ascot and I just felt we had to try to get two runs into him if we were going to have a serious Triumph horse.

“He is much the best of my former Triumph Hurdle horses on Flat ratings. We have trained him differently. Katchit we started back in September, the rest had a lot more experience than Tritonic has coming into the Triumph.

“He should be fine for Cheltenham and he has the gears to hold a position wherever you want to ride him. Everything impressed me. The way he came back on the bridle. He was a bit short of room once or twice and I love the way he went away from the last as well. He hit the line really well, which is always a good sign. I hope he’d have a very good chance at Cheltenham. He’d be the highest-rated Flat-wise and I certainly wouldn’t be one to swap him for anything. I’m very happy with my lad.”

Irish handler Gordon Elliott strengthened his hand in the four-year-old division when Teahupoo stretched his unbeaten record to three in the Grade 3 Norman Colfer Winning Fair Juvenile Hurdle at Fairyhouse – but he is far from certain to take his chance in the Triumph Hurdle at the Cheltenham Festival. The County Meath handler already houses Triumph Hurdle favourite Zanahiyr and third in the betting betting Quilixios, and Teahupoo is now a standout 20/1 with William Hill for that contest.

Teahupoo, who was sent off the 4/9 favourite, jumped well and never looked in any serious danger. He only had to be pushed out after the last to easily account for Willie Mullins’ Tax For Max by seven lengths. There is no doubt that the Brian Acheson owned gelding would be a leading contender for the Triumph, but Elliott revealed that he could well stay at home for his next assignment. He said:

“I thought it was a good performance again. I liked the way when he jumped the second-last, he kind of idled a bit and pricked his ears. Robert said when he gave him a squeeze at the back of it he was gone again. He’s improving the whole time. Obviously he’s in everything at Cheltenham, the Fred Winter, the Supreme and the Triumph.

“I’ll have a chat with Brian. We have Cheltenham or we could come back here for the Grade Two at Easter which is only two weeks later. It wouldn’t be the biggest shock in the world if he stayed at home and came back here. There is a lot of water to go under the bridge over the next couple of weeks.”

Nicky Henderson has revealed that Altior could be fitted with headgear for the first time to aid his bid for a third victory in the Grade 1 Queen Mother Champion Chase at the Cheltenham Festival. The 11-year-old has won all four of his previous races at the four-day spectacular having landed the Supreme Novices’ Hurdle, the Arkle Trophy and back-to-back runnings of the Champion Chase.

However, despite that superb record he is a 7/1 shot with Unibet to become only the second horse to win a third Champion Chase since Badsworth Boy in the 1980s. That is because after missing last year’s Cheltenham Festival through injury he has had only one run this season, when beaten 3 1/2 lengths behind Nube Negra in the Grade 2 Desert Orchid Chase at Kempton over the Christmas period and finishing very tired.

Despite that underwhelming performance, Henderson was in an optimistic mood on a zoom call when assessing Altior’s chances of regaining his Champion Chase crown. The Seven Barrows handler said: “He is great – he couldn’t be better. I’m very, very happy. I think his whole demeanour is in a better place than it was.”

When asked if his hugely popular stable star could be declared with headgear, he added: “It will be considered and it’s something we have discussed. We have eliminated the Ryanair, so we might now try to sharpen him up a little bit over two miles.”

I think it would be a good idea as Altior has tended to race lazily as he has got older. However, he will have to be back to his brilliant best to beat the upwardly mobile Chacun Pour Soi who is a 10/11 shot with William Hill to give Willie Mullins his first win in the 2m showpiece.

The post Triumph hope Tritonic turns on the style on Adonis appeared first on New CBG.